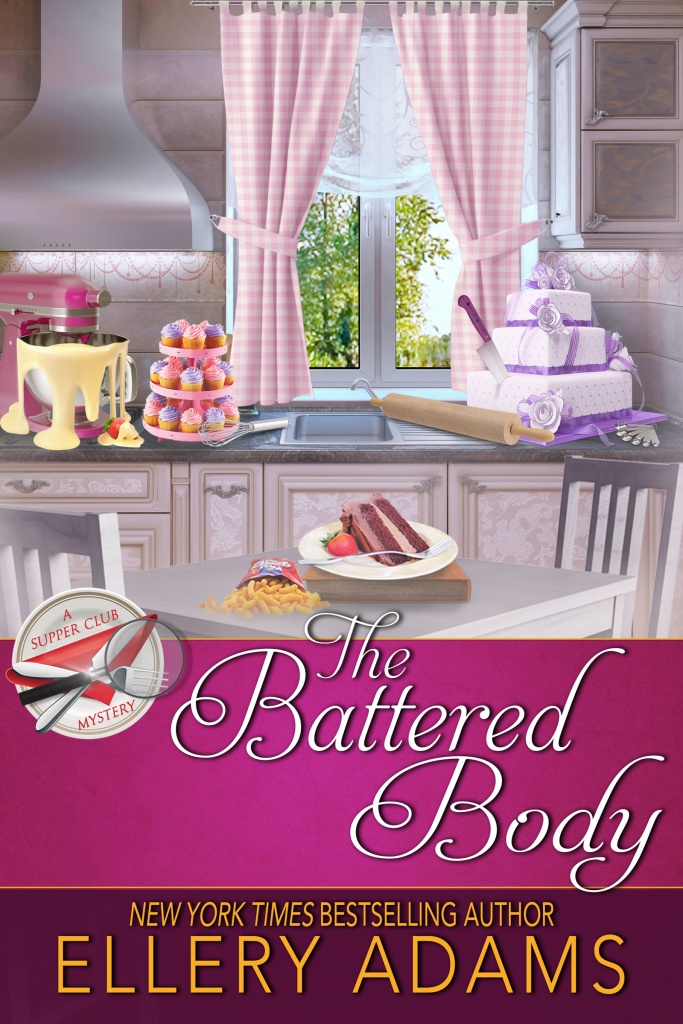 Librarian James Henry and the supper club will have more than enough food for thought trying to count calories and catch a killer . . .

Reluctantly visiting humble Quincy’s Gap to create a special wedding cake, celebrity chef the “Diva of Dough” is not nearly as sweet as her delectable confections, and it’s just a matter of time before she alienates everyone she meets. When her corpse is discovered, covered in cake batter no less, there are more than a few locals who think she got her just desserts. And despite their own distaste for the woman, James and his friends know they have to rise to the occasion and solve the murder.

With clues and suspects few and far between, the supper club members realize that catching the culprit will be anything but a cake walk. And when a second victim turns up dead, they’ll have to quickly discard any half-baked notions about the killer . . . before they all get iced.

“Sprinkled with delightful characters and topped off with a dash of suspense.” —Romantic Times Book Reviews

“Foodies will love the recipes and fans the new adventures of the five friends.” —Kirkus Reviews

New York Times bestselling author Ellery Adams grew up on a beach near the Long Island Sound. Having spent her adult life in a series of landlocked towns, she cherishes her memories of open water, violent storms, and the smell of the sea. Her series include the Supper Club Mysteries, the Antiques & Collectibles Mysteries, and the Book Retreat Mysteries, among others.