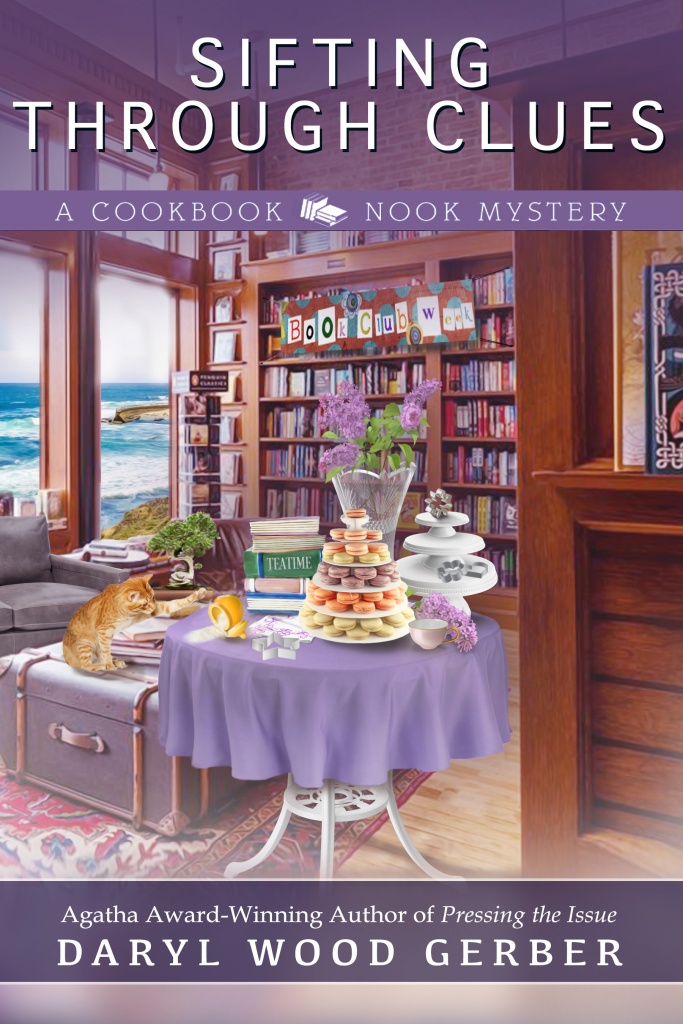 The Agatha Award–winning author of Wreath Between the Lines returns to the Cookbook Nook, where culinary mysteries are giving everyone food for thought . . .

Book clubs from all over have descended on Crystal Cove to celebrate the library’s Book Club Bonanza week, and Jenna Hart has packed the Cookbook Nook with juicy reads and tasty cookbooks. But she’s most excited about spending an evening with the Mystery Mavens and their moveable feast, when they will go from house to house to share different culinary treats and discuss the whodunit they’re all reading. It’s all good food and fun for the savvy armchair detectives, until one of the members of the group is found murdered at the last stop on the tour.

As if that weren’t enough to spoil her appetite, Jenna discovers that all the evidence points to her friend Pepper as being the guilty party. And with Pepper’s chief-of-police daughter too close to the case to be impartial, Jenna knows she’ll have to step in to help clear her friend’s name before a bitter injustice sends her to jail. Sifting through the clues, Jenna unearths any number of possible culprits, but she’ll have to cook up a new way to catch the killer before Pepper’s goose is cooked . . .